Our feature wedding today is of Anna-Marie and Brent. They had a lovely celebration at Corpus Christi Catholic Church with a fun filled reception at Westward Look.

Anna-Marie had 3 handkerchiefs tucked under her dress. The first was bout in Italy by her aunt. The second one was blue and bought by her mom in Italy. The third handkerchief was made out of her grandmothers wedding dress. Something old, Something new and Something Blue. And the something barrowed was the brooch on the flower bouquet. This broach was given to her grandma by her grandpa on grandma’s birthday.

Anna-Marie had a special Groom’s cake made for Brent.  Candy bar, signature water bottles and sweet details throughout the entire reception.

Instead of a traditional toast, two of the groomsmen serenaded them with a fun song that they wrote themselves.

Congratulations to the both of you. 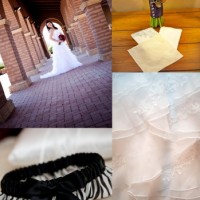 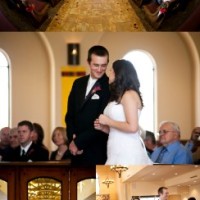 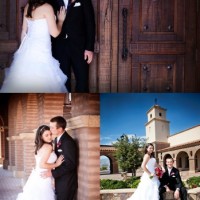 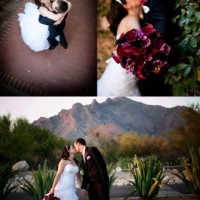 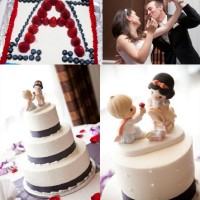 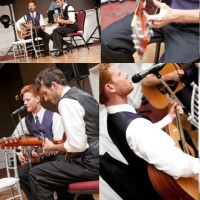 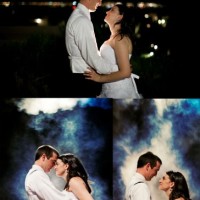 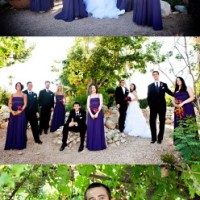